About us
Biros Furniture  /  Our Company  /  About us
Share 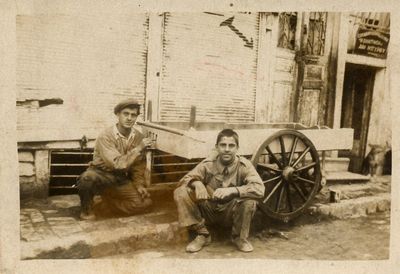 The company ΜΠUΡOS counts three generations of people in the furniture.

It was in 1948 when Panagiotis Buros opened its first little shop-workshop manufacturing
and marketing small furniture. The quality of his work left his time only for constuctions
by order. It was a time that Thessalonikis trade threads was still motivated by basically
Jewish merchants. Experienced people of the kind identified his good job and became his first
major buyer.

Initially on the side of Panagiotis Buros was his wife, Vasiliki, many years trader
in wedding supplies. She handled what today we would call public relations. And with its
contribution Mr Panagiotis very soon realized that the area where he housed his business
was too small for them. He was «forced» to transfer its business to a larger
area, at the road St. Paraskevi in Menemeni.

The good and upward trend continued in the coming years so the owner took the decision to
transfer his operations in the heart of commerce, in the center of Thessaloniki. Initially,
in 1973, they housed in a large space on the road Venizelos to move a little later
to the next parallel road, in Ionos Dragoumi at the number 59. With the appropriate
layout of the space turned into a huge 1000 sqm exhibition, where our clients
served even today, 35 years later.

At the same time except the base the company also started spreading in the region, small
shops in Kalohori in Katerini and Volos. As a matter of fact, since 1974 operated the
first store in Kalamarias region.

Since 1982 as business where «going well» and the new blood is always necessary in the
manpower of the company takes place Stamatis Buros - the second generation.

Having grown up in the premises of manufacturing and selling furniture and with his
energy and fresh ideas that characterize a young man introduced many new
innovations. In his days, the company now ΜΠUΡOS, modernized. Buros Stamatis is
interested to start a series of imports and it doesnt take too long to fullfil his plans.
He visits furniture exhibitions in various cities abroad, takes ideas and makes
associations with major furniture manufactoring countries of Central Europe such as Italy and
Germany and with countries of Eastern Europe. Collaborations are continuing in our days by
his children.

Of course it never strays from the footsteps of tradition and the construction of Greek
furniture with the traditional ways in the private laboratories on the outskirts of Thessaloniki.
Since 1990 Stamatis Buros is in charge of the company alone having by his side, a faithful
assistant his wife, Despina Burou.

And while the base remains firmly in the shop of Ionos Dragoumis, in 1995 openes another
major exhibition on the road Lagada to serve better the western areas of the city.
Very soon the store was in the responsibility of the eldest son of Stamatis Buros, Panagiotis.
And then starts the third generation!

Another expansion in 2001 takes place, with a new store in Kalamaria, at the junction
Agaiou and Adrianoupoleos. About then following the example of his brother enters the business
the youngest -at that time- member of the family, Frederikos Buros.

So, today, with the third generation of the family holding the reins and on the company ΜΠUΡΟS
remaining a family in the base, which markets both modern and classic furniture pieces,
customers who for years trust it, and new ones can be served in three places in Thessaloniki:
West on the road Lagada 185, Central in Ionos Dragoumi 59 and East on the Contribution of roads
Adrianoupoleos 18 with Agaiou corner.

Finally in 2005 the company expanded by opening a new store in the city of Edessa.
Located on road Archellaou 20 towards the Police Station Mansion.

Four exhibitions beautifully decorated with a wide variety of products for all the wishes
all of our customers. Modernization of course has not stopped, we adapt continuously to
the market requirements. Recently was an opening in the Internet market, while we have allready
served our first customers in other Greek cities and islands.

Our website, completely renewed, it may well be considered an additional exhibition - which
doesnt follow the markets timetable. Any time of day you can browse and see a large part
of our goods from the smallest and economic to the bigger and more luxurious. Also directly
you can contact us by e-mail for any questions or information you need on any of our products.
Next, without trouble and easily you can order your furniture.

The staff of our shops is always willing to serve you, continuing a tradition and a fully
successful career of 60 years in the furniture business. 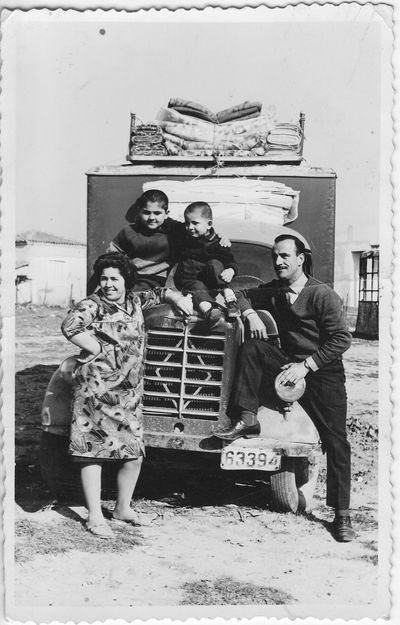 Reasons to buy from us

Reasons to buy from us